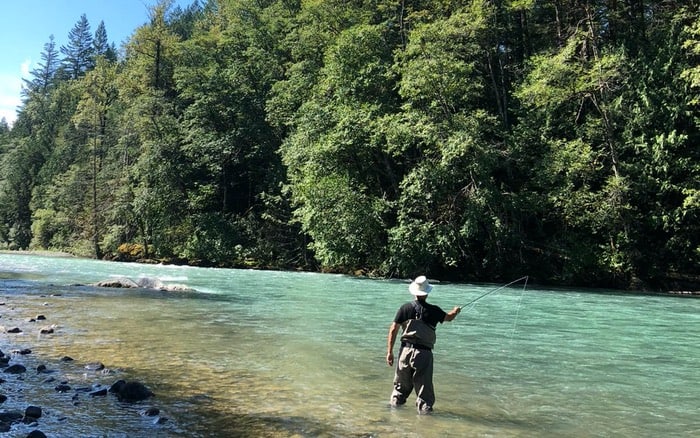 Well it’s certainly been an interesting Summer with borders being closed and trips being changed and cancelled, we’ve been pretty busy for all the wrong reasons!  All good, we’ve still enjoyed lots of time on the water and some great river conditions and fly fishing near Vancouver. Since we have a bit of time, we’re giving a detailed rundown of all the local Vancouver fly fishing spots we’ve been fishing and what to expect.

The Squamish River has been fairly big most of the Summer, it usually is but in the past two weeks its been shaping up into much more fishable conditions and we’ve seen some good bull trout fishing even with the increased water flows. You just need to know where to look, the soft water on quick moving runs has been holding fish, lots of the fish are closer to the bank then they would be if river conditions has more visibility.

Fly fishing the lower Squamish River has been best around the Cheakamus River confluence, there are some nice seams of cleaner water there and some big bulls in the holding water. The seam where the Mamquam River has come in also has had some decent fishing for a mix of rainbows, bulls and even a few good size cutthroat trout.

The upper Squamish River is where we’ve been doing most of our guided fly fishing trips, the river has been up but we’re still finding lots of nice smaller sections of river to swing flies on. Heavier sink tip fly lines and big bright streamer patterns have been working well. The egg sucking leech fly has been a go-to patter over the past two weeks. 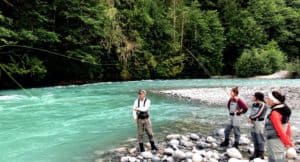 The Cheakamus River is one of the main tributaries of the Squamish River and is one of our favourite late Summer rivers for fly fishing close to Vancouver. There is a healthy population of resident rainbow trout, some cutthroat trout and even some big bull trout.

Over the past few weeks we’ve had some solid fly fishing on the Cheakamus, both on the lower section and the upper. Trout have been eating heavily weighted nymphs and with dropping water levels we’ve been getting some nice rainbows on dry flies. If you’re heading up for a day of fly fishing the Cheakamus you’ll want some size 12 black stoneflies, some size 14 prince nymphs and a variety of hare’s ear nymphs. Those are the must have flies for summer fly fishing these coastal rivers.

The river has been a bit slippery, good to wear some cleats or studded boots this time of year and remember all fishing is catch and release and there is no targeting of chinook salmon in the river. 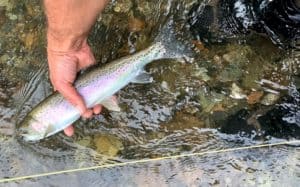 The Mamquam River has been in beautiful shape for the past month and we’ve been enjoying some great drifts on the middle section. Fishing has been good too on the Mamquam, some fat rainbow trout and some big bull trout have been smashing some of our mid size streamer patterns. If the fly wiggles it seems to be getting bites. There’s very little pressure on the Mamquam so fish have been happy to climb on to a well presented fly.

The Ashlu River, which is in the upper Squamish Valley hasn’t been fishing as well as we’d like. River levels have been up and down and they seem to be lower than usual for this time of year. There has been some smaller rainbow trout around with Euro nymphing being the best technique as they usually are sitting in small pockets of fast moving water. 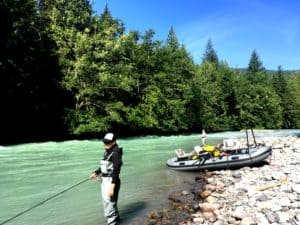 North of Whistler is the Birkenhead River, a small trout stream located about a 30 minute drive from Whistler Village. The Birkenhead is our home waters for our Whistler fly fishing trips, and a super fun little mountain stream to fish in August and September.

Fly fishing on the Birkenhead has been pretty good over the past few weeks, we’ve been seeing nice size rainbow trout on all our trips. The river is coming into awesome shape and fishing will only get better as we move into September. I’m hoping that there is a decent push of Sockeye Salmon into the Birkenhead this September, that always brings in bigger trout from the lake to feed on the spawned Sockeye eggs. Unfortunately Sockeye returns for the Fraser River don’t look good this year so we’re not counting on any big numbers in the Birkenhead.

If you’re in Whistler and want to go fly fishing we run trips year round and have availability for this September and October.

Email Us About a BC Fishing Trip 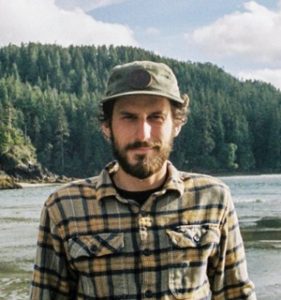 Austin Heffelfinger is a full time fly fishing guide with Chromer Sport Fishing, a guiding company and booking agency based in British Columbia. He is also an accomplished photographer with works published in many notable fly fishing publications. You can follow him at the links below. 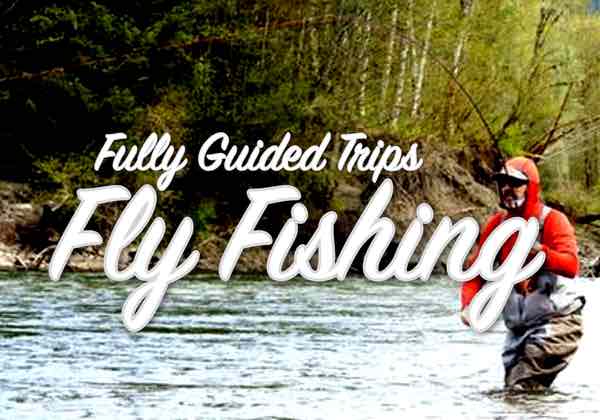 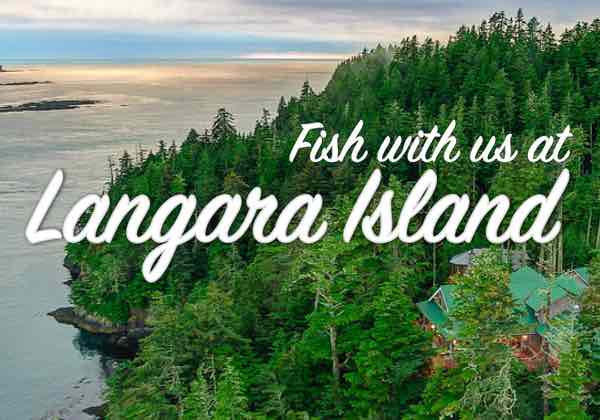 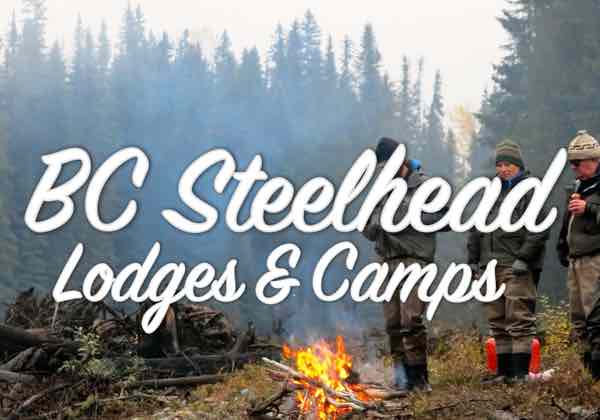 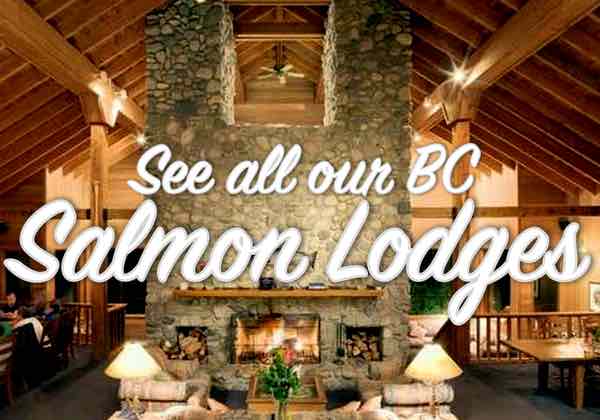 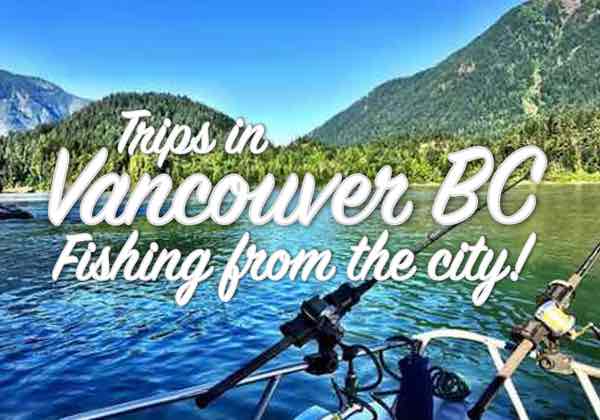 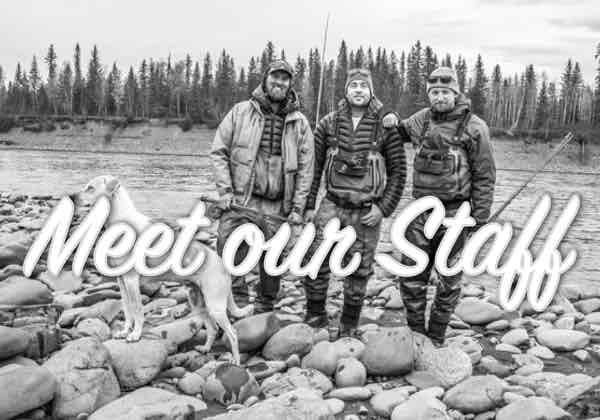 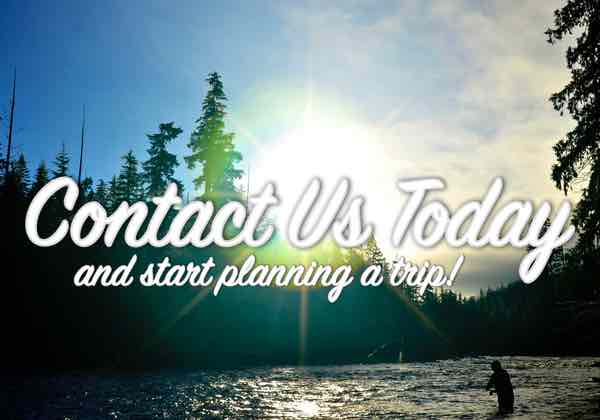